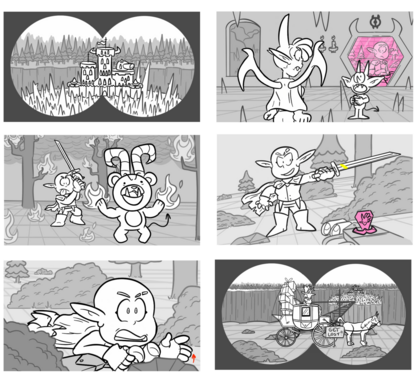 "Journey to the Center of the Earth"

An assignment for my Storytelling for Digital Art class! The prompt was to recreate a book cover and tell an original story in 7 frames based on said cover.

Another Pigbog piece - this time, a sequence from the pilot outline! 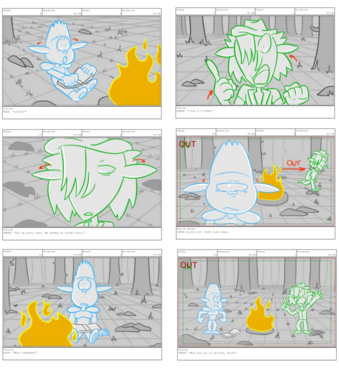 I started to adapt my old webcomic Relatively Painless into an animation! This is based on the first few pages of the comic, with some significant dialogue and character acting changes from the original. It would serve as the cold open for a pilot.

(Board PDF also below!)

Boarded from a script by Joie Foster.

A short animatic set to audio from the radio drama "Gunsmoke".

I'm fluent in Storyboard Pro and the
Creative Cloud suite. Time management, efficiency, and emphasis on expressions and character acting are big for me!

A silly animatic that I produced and voiced in a day.

The prompt was "There's a stranger in the yard..." 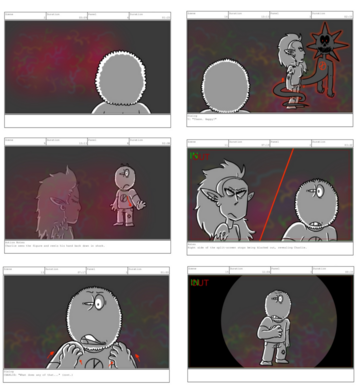 An action sequence for my animated series Pigbog's Kingdom, based on an episode outline I wrote!
Storyboards also available below!